Some days you just can’t complain about the life you have.

Yesterday I went into the main Sydney CBD and saw Star Wars Episode III for the second time.  I saw it the opening weekend a few months ago but I wanted to see it one more time on the “big screen” before it comes to DVD.

Although it was a bit long and drags on a bit the second time, it was definitely worth it.  Having the whole story a bit clearer in your head lets you enjoy it a bit more.  I noticed a lot of things I hadn’t before – even the evolution of the ships into what will obviously become TIE Fighters and X-Wings in the original trilogy.  The Alderaan based ship that Leia will be caught on in the first movie with its stark white halls.

You watch and realise how easy it can be for an Empire to evolve out of a Republic with some clever manipulation and planning by someone who is patient enough to wait for the change.  At the end the downfall is “greeting with applause” as the Emperor declares himself ruler in the best interests of everyone.  Its a great movie and segue into the original Trilogy sensationally.

I look forward to one day watching all six together.  Wouldn’t it be great to be able to “forget” you know what going to happen and just start with Ep 1 and start over – what a ride that would be !

After Star Wars I went into town and the David Jones store.  I ordered my first Apple Macintosh – a 14” iBook.  I have tired of all the security hassles with XP and just want a bit of a change.  A lot of things I am wanting to do in the future – podcasting, digital photos and videos, blogging etc – can all be done the same if not better on a Mac.  I’ll be setting up a new blog to discuss my switch to a Mac – MacSwitch.com.au

So I ordered the Mac and picked up a Shuffle and some software.  The iBook wont be delivered for about a week or so as there is a bit of a delay with the new models.

Would you like to play a game of Chess ?

Coming back through Hyde Park I saw some guys playing Chess on one of those big boards that you walk into and move the pieces.  I stopped and took a few photos with my mobile and posted them on my Text America site.  I probably should work out how to do that with my Flickr site instead so they are all on the one site. 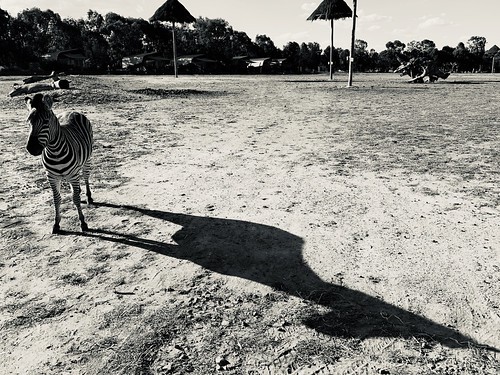 But it was great to stand there and watch them for half an hour, just take some time out and enjoy the sunshine.

Rounded off a great day by heading over to the Italian Pizza shop across the road from the apartment.  Not the best Pizza I have had but pretty damn good.

All in all – a pretty good day.